The clean electricity generated by our plants in the first six months of 2021 represents an avoidance of 28,561 tonnes of CO2 emissions.

In August we commissioned the first two utility-scale solar farms for our IPP portfolio in Australia. The plants, which have a combined capacity of 14.6 MWp, were developed, engineered and constructed in-house, and are expected to produce 27.8 GWh of clean electricity per year.

Shortly after the reporting period, we announced our intention to issue a new corporate bond, initially to be offered by way of an exchange offer to holders of the existing 7.75% 2017/2022 bond (DE000A19MFH4), which will mature on 27 October 2022. 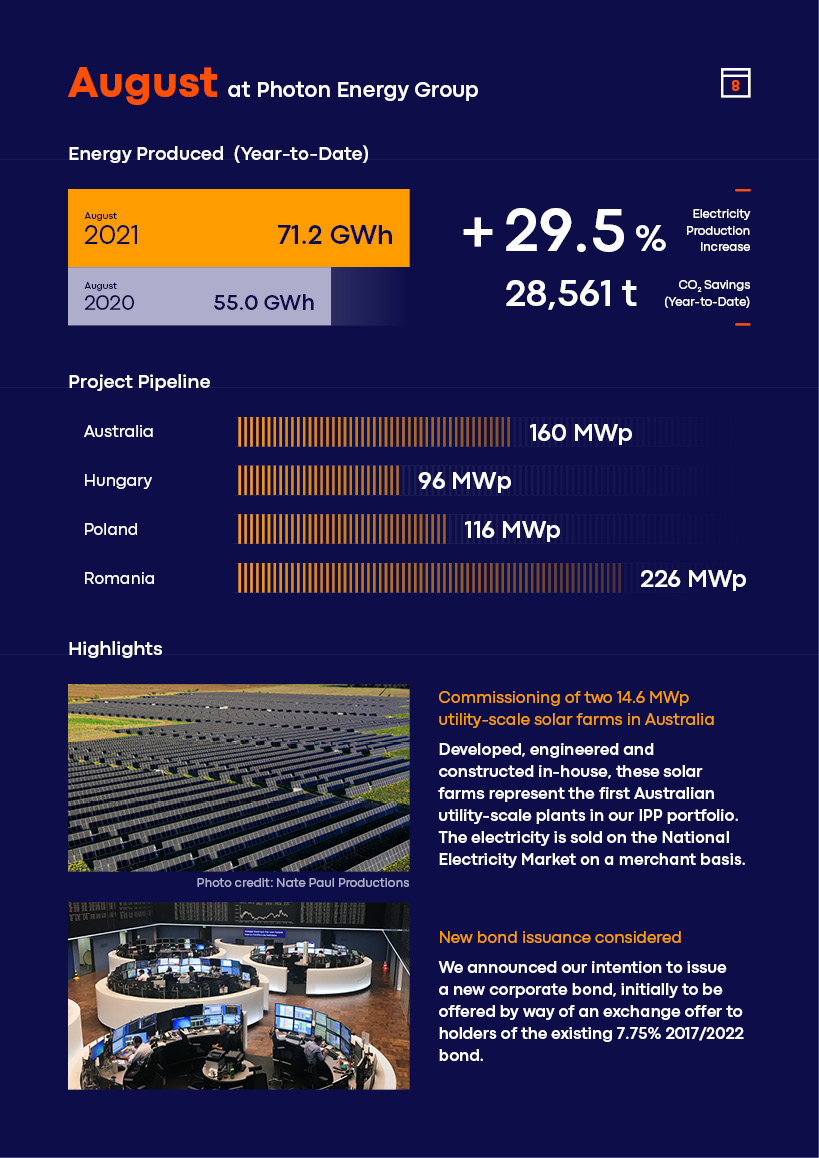 All our reports can be found in the Reports section of our Investor Relations page.

By continuing to use this site, you agree to the use of cookies.